Parenting Tips: How to Use Chore Games to Make Cleaning Fun 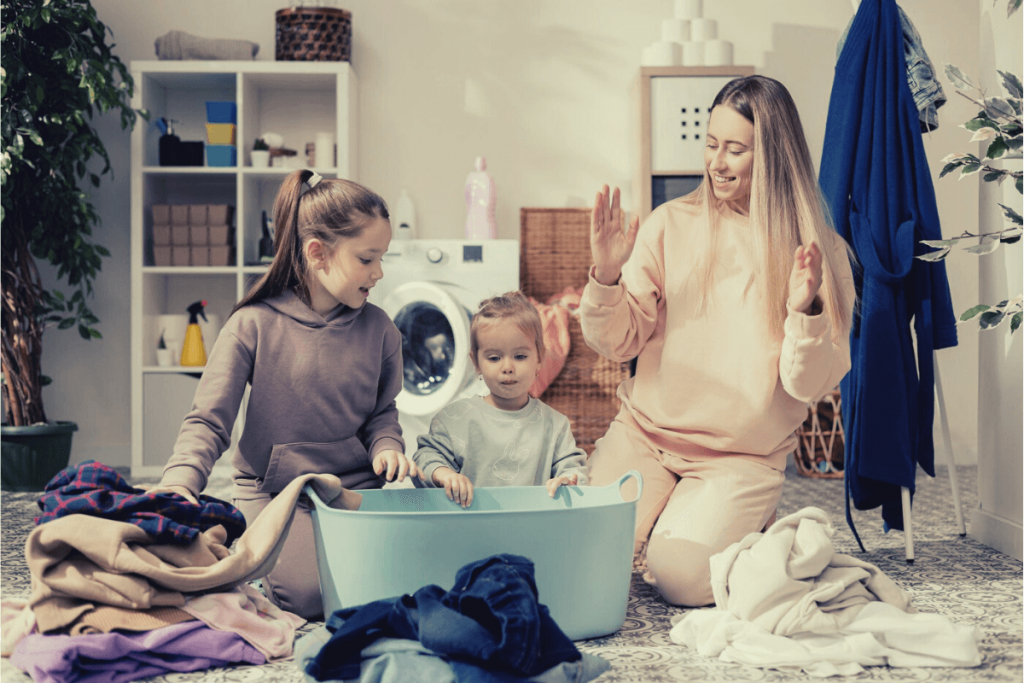 It’s all well and good to create a chore chart for the family. But how easily do you keep to it and are those sulky faces worth the effort?

Perhaps you just need some creativity, such as using our tips on chore games to get more done around the house—even with a smile.

Few children actually like making their beds in the morning but that doesn’t mean you have look at scowling faces each morning. Read our guide on chore games and all the reasons why delegating tasks is the best thing you can do for your family—and how chores can actually become fun.

Why is it Necessary for Children to do Chores?

To avoid conflict with your children you may consider doing all the housework yourself. You won’t have to see them rolling their eyes, listen to complaints or keep on nagging to get things done. Perhaps you also prefer the house after cleaning it yourself because you do a better job than the younger generation.

Stop! Don’t fall into the trap of taking all the responsibility on your shoulders. Firstly, teaching your kids to perform these tasks teaches them valuable work ethic and prepares them for their future. Experts believe children who do perform chores often have better experiences academically, in relationships and even in their careers. In addition, the time you save on doing chores you can invest in relaxed downtime with them.

So, it’s clear that sharing the responsibility of looking after the house is beneficial to all. Now you simply need a method to make it more manageable and get others’ buy in—especially the little ones.

You may consider paying your children for chores they complete. This can be a monetary reward or other perks. This does work in some families and is especially good when you use it as reward for taking on tasks above and beyond their usual responsibilities. But paying kids for regular duties like making their beds or picking up after themselves can send the wrong message. Once they get out into the real world it may be a shock to them that they won’t be rewarded for every little thing they do. So, always consider which life lesson your house policies are teaching them.

This calls for other ways to motivate and add an element of fun to house chores, which is why chore games are popular with many families. A chore can be transformed into a game by adding elements such as:

You may have to test which type of game is most motivating for your children. Bottom line, it can help you get much more done, without nagging so much as before. Also, it can teach children a positive attitude towards responsibilities and show them how one can make the best of almost any situation.

You don’t always have to reward a winner of a game with money or an item, so you avoid them believing they’ll get rewards throughout their entire lives. They may simply be allowed an advantage

Here’s another bonus: using these games over a long period of time can result in some great family traditions and you’ll make memories together that you’ll look back on in later years.

For What Ages do Chore Games Work?
One might think games are only for smaller kids, but if you add the correct elements, using chore games can make cleaning up fun for the entire family. So, try this approach whether you’re teaching your toddlers about responsibilities, or you want to make some memories with older kids.

For almost any age, a game with a competition element will be fun. Smaller kids may enjoy chore games that allow them to be silly or where they compete against each other. You can also use the game approach as a way to have the entire family have a joint clean up session, all while having fun. Alternatively, simply use a game to help divide chores, so no child can say you’re being unfair in allocating tasks between different members.

Everybody knows, if you get the shortest straw, it’s bad news for you. Have some fun picking tasks, by writing a list of chores and then drawing straws for each item.

Remember to stay fair and limit the number of chores each person will get. It does take the pressure off parents who don’t want to be seen as the bad guy for asking someone to scrub the toilet. It’s all about their luck now!

If you have a dart board with numbers, make a cleaning checklist and assign a task to each number. Now everyone can aim for the numbers of the chores they want. It won’t always go according to plan, but no one can say you’re unfair.

Chore Games for the Group

Have everyone work together, so chore times become bonding time. You can all make the beds as a team, with each person having a specific task. Examples are:

You’ll go from room to room with each person performing his or her task before the next person can start on theirs. Use a stopwatch and keep record of the time for each room and the chore as a whole. Keep up the excitement by always trying to beat the previous days’ time.

If this isn’t practical on hectic weekday mornings, use it as way of making weekend chores more fun.

This chore game is about getting everything on the family chore chart done, making it fun and building some relationship:

You can keep teams as is or swap out members each weekend.

Who Will be the Winner?

This is mostly a game for the younger kids.

You can have variations of this game to keep it interesting. For example, use a stopwatch and give them a limited time to perform the task. This gives them less time to think which toys they’ll grab in each room.

Also tell them that if they leave any toys behind, they forfeit the prize. You’ll see them running and cleaning in record time!

Go to Your Room

Each person is given a room to clean—the usual, such as dusting, vacuuming and cleaning the dustbin. Race each other to see who can do it in the shortest time.

First to the Fridge

Similar to the one above, compete against each other to see who can finish their list of tasks first. Everyone starts in front of the fridge and must get back there to claim being the winner.

It’s up to you to decide on a reward. Do you want to pay them, give them their favorite dinner or can they nominate someone to make their bed for a few days?

Create a fun atmosphere while everyone is doing their weekend chores by playing some music. Now, pause the music a few times during the work session, upon which everyone must stop moving. Give a prize for the funniest pose of the day or simply enjoy a laugh together.

This is another one that may go down best with the little ones. While your toddlers still love copying your actions and discovering new things, buy them a special outfit to perform their chores in. Also get them a cleaning kit of their own. When it’s time for chores, they can dress for the task at hand. Also, feeling important with their soap and broom in hand may get those chores done quicker than usual.

Work CAN be Fun!

Can you see the atmosphere going from gloom to fun for your family? These games are helping many other families have less conflict and grumpy kids. Now it’s your turn!

You can customize these games to suit your family’s needs, but in most cases a chore app like Enzo is ideal to help you list and then allocate the tasks. You can even use it to monitor each person’s progress as they complete their work and keep everyone in the house updated regarding the competition at hand.

If you have more suggestion about how to use Enzo for your family’s chores, please share with us! 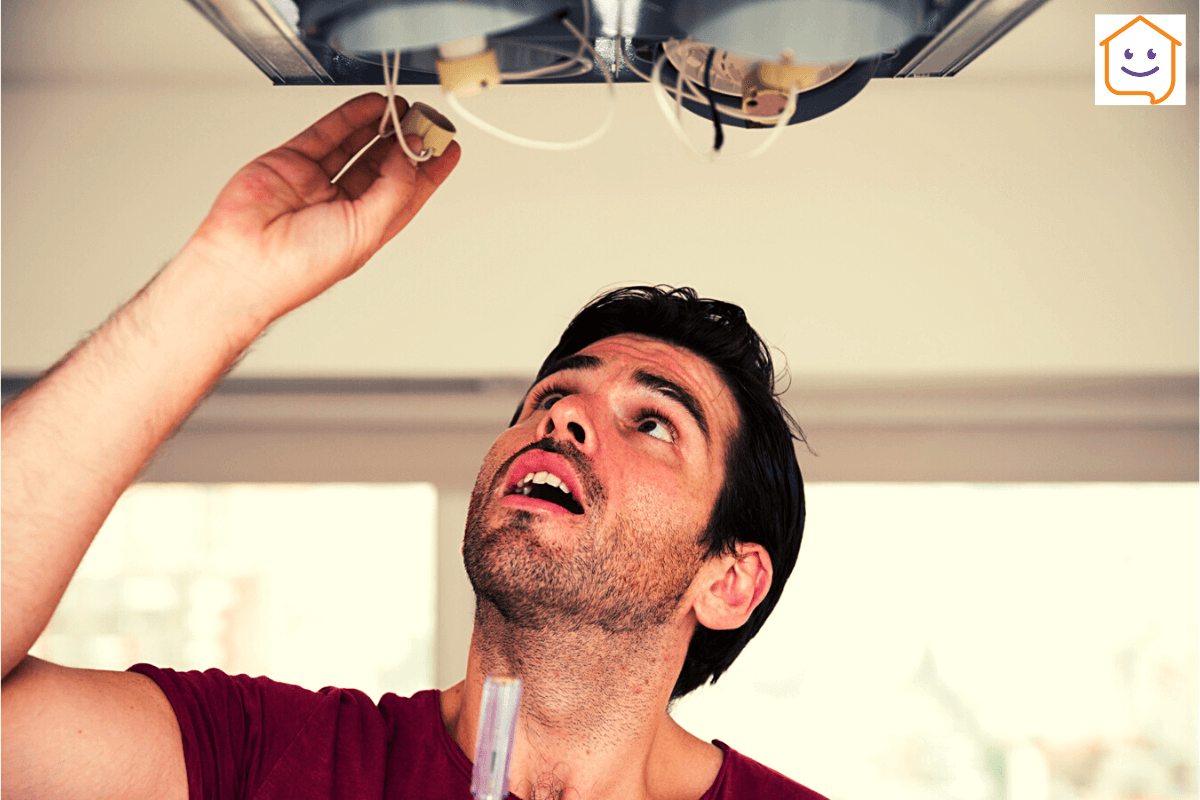 What’s on your yearly spring cleaning and deep cleaning to do list? Many homeowners don’t realize the significance and importance of knowing how to clean Holiday Activities for Teens – Chores to do Around the House

Time is one of our most precious assets. Do you want to help your teenagers use their time efficiently during the holidays? Our tips will 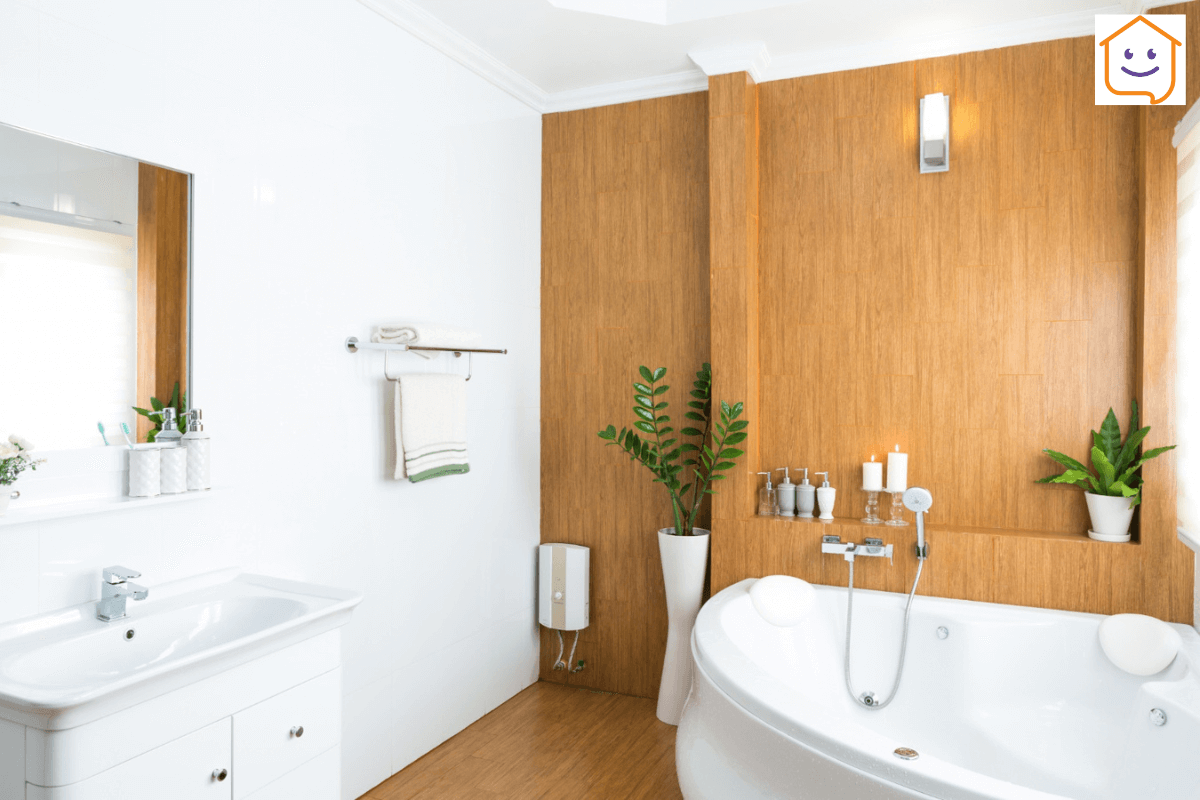 How to Clean a Bathroom – Your Checklist for Deep Cleaning

It seems simple enough, cleaning a bathroom. But are you sure you’re keeping it hygienic? And if you’re sharing a flat with others, does everyone